The South Carolina Comprehensive Planning Act allows local planning commissions to prepare and recommend — and local elected councils to approve — “zoning ordinances to include zoning district maps and appropriate revisions thereof” within a city or town.
In other words, the official zoning map shows the correct zoning designation of all parcels in a municipality. Interested parties consult the official zoning map to make land use decisions for such parcels.
In practice, cities and towns often make incremental amendments to their zoning ordinance without systematically conforming the official zoning map to such amendments, but they should keep the map up to date.
Zoning amendments
Zoning ordinances, as established in the South Carolina Comprehensive Planning Act, are to be prepared by local planning commissions and recommended to local elected councils for approval. This includes the “zoning district maps and appropriate revisions thereof.”
The zoning ordinance usually comprises

By consulting the map, a resident or developer should be able to determine what land use may be made of any given parcel.
Amendments to the zoning ordinance fall into two categories:

Some municipalities lack the resources to update and republish the official zoning map every time a map amendment occurs. For these, the Municipal Association of SC suggests a periodic update and republication, happening on a regular schedule to prevent the map from falling out of date.
This process is similar to making regular updates of the local code of ordinances. Municipalities do not republish their code of ordinances every time they enact a new ordinance, but they do conduct recodification periodically to ensure that all local ordinances are included in the published code of ordinances.​
November 2022 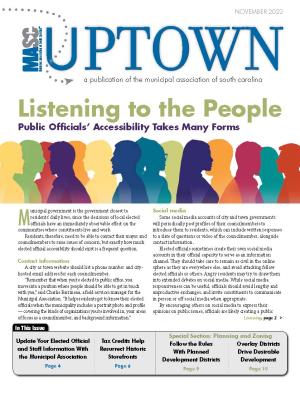